Balconies will tell you more about a person than their bedrooms
I think to myself as I sit in mine sipping coffee at 3
some of them look so naked that I hurriedly look away
some are shy with flower pots and plants
as if hiding something
or someone.
and some others suffocated
with their add-on walls and windows.

Windows are silent beacons
I think to myself as the flats opposite glimmer
like Vienna’s Winter Walk of Lights.
some red, some yellow
some purple and white
as if each conveys a state of mind
or a secret SOS sign.

Signs are super subjective
I think to myself as I glance at the building across a handful of lights are on still
oddly resembling an ‘S’
as if in some unspoken coordination.
If only we could coordinate for redemption.

Redemption breeds shadow and light alike.
I think to myself as another car passes by and its headlights cast a long shadow on the building.
The shadows change with every light that comes alive.
One comes on and goes off just as abruptly, as if someone was fumbling around in the dark.
Curious how we can remember fictional biographies of superheroes but can never recall if the light switch is the one on the left or the right.
Emotion does drive memory.

Memory is a fickle friend
I think to myself as three guys walk onto their verandah to smoke.
A girl appears in another, flailing her hands animatedly at the person inside her phone.
and as I sip my bitter black coffee
a couple has a heated argument with a drowsy guard, their timing couldn’t be worse.
Eventually all grows quiet again as the characters make their exit,
and much like life,
the scene reminds me of a badly written sketch
without a good resolution.

Resolution is developed, not acquired
I think to myself as the stars twinkle, eager to converse with anyone who’ll listen.
The moon peeks from under its blanket of clouds, as if to say goodnight, then disappears.
The cars with blinking headlights
drive with such purpose in a town where everything shuts by 11
and as I observe them, I’m sure they observe me too, listening to music, mug in hand, awe in eye.
We aren’t alone, even in our solitude.

Solitude can be solace, yet sickly
I think to myself as I wonder what it would be like to share this cup of coffee with you here and now.
So I ask you to open your window, so that you may have a taste of what I’m feeling
the wind reminds me of home
that I may redeem our love still.
the sky reminds me of you
that I may resolve to love again.
and the stars remind me of me
that I may be alone, but infinite.

Infinite can be derived from infinitesimal
I think to myself as I walk back inside
I leave a light on
A sign
that Vienna still waits for you . 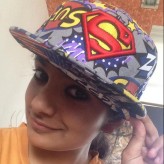